There are a thousand and one reasons why there can be no future for a palace eunuch and a harem-bound concubine, but as Murad knows all to well, the heart wants what the heart wants, even when their forbidden love would mean death to them both if they were discovered. He can't even love her the way a man should love a woman.

After all, Istanbul is full of many strange and wonderful magics.

This is a bit of a departure for me. Not only is it a short story, which I seldom to, but it's not set in the contemporary world and it's not written with my normal humor, but it's been kicking around for a long time on my computer, and I decided, "What the heck? I might as well put it out there." It is a reflection of my love of a good fantasy story where things like magic happen. Maybe one of these days I'll write more fantasy.

The shop interior was cool—at least by comparison to the street outside—and dimly lit. Small, as most shops were, the plank counter split the space in half, the few feet in front for patrons no deeper than the space behind it. The dark blue and brown of the bottles shelved behind the counter camouflaged their contents. Even though he could read Arabic, as well as Spanish, Italian, French, and a little English, the symbols that marked the bottles meant nothing to Murad. But the shop owner, who was undoubtedly illiterate but well versed about herbs and simples, would understand them.

The beaded curtain to the left that separated the backroom from the front split to allow an old man to enter. He moved to the center of the counter. “How may I serve you, sahib?”

Murad could not meet the man's eyes. He hadn’t expected a man, could not possibly explain to a man what he needed. He did not even have words prepared to explain what he needed to the woman. Flustered, he stuttered something unintelligible and backed, bowing slightly, toward the door, his hands pressed together, supplicating forgiveness for the interruption.

“Wait!” the man said. He parted the beaded strands and yelled, “Old woman!”

Murad held his breath until the woman came into the shop. She wore a silk feradge, a long square tunic that hung nearly to the ground, like a shapeless black cape with loose sleeves. Her face was hidden by a yashmak, the diaphanous veil of fine muslin binding her head like a bandage, over the forehead and across the lower part of her face, leaving only her eyes visible. Judging by those eyes, she wasn't as old as he expected. Small lines were just starting to etch themselves in the fine, fair skin at the corners, but those eyes . . . They were exotic. Blue with long, dark lashes under finely arched black brows. Whatever else the veil hid, she had once been an exceptional beauty.

But of course she had. She probably still was. Only the most beautiful of women resided in harems, and if what he’d been told was true, she had lived in a harem most of her life. The daughter of the old sultan, she had been married off to a pasha. At his death, she'd been offered to a lesser court official only to be released, at last, when he also died. She would understand the need that drove him.

If he could find the words.

Her eyes traveled from his face downward, then she inclined her body in the sketch of a bow, the gesture of a merchant to a patron. “How may I serve you, hadim?”

is available in the following merchants: 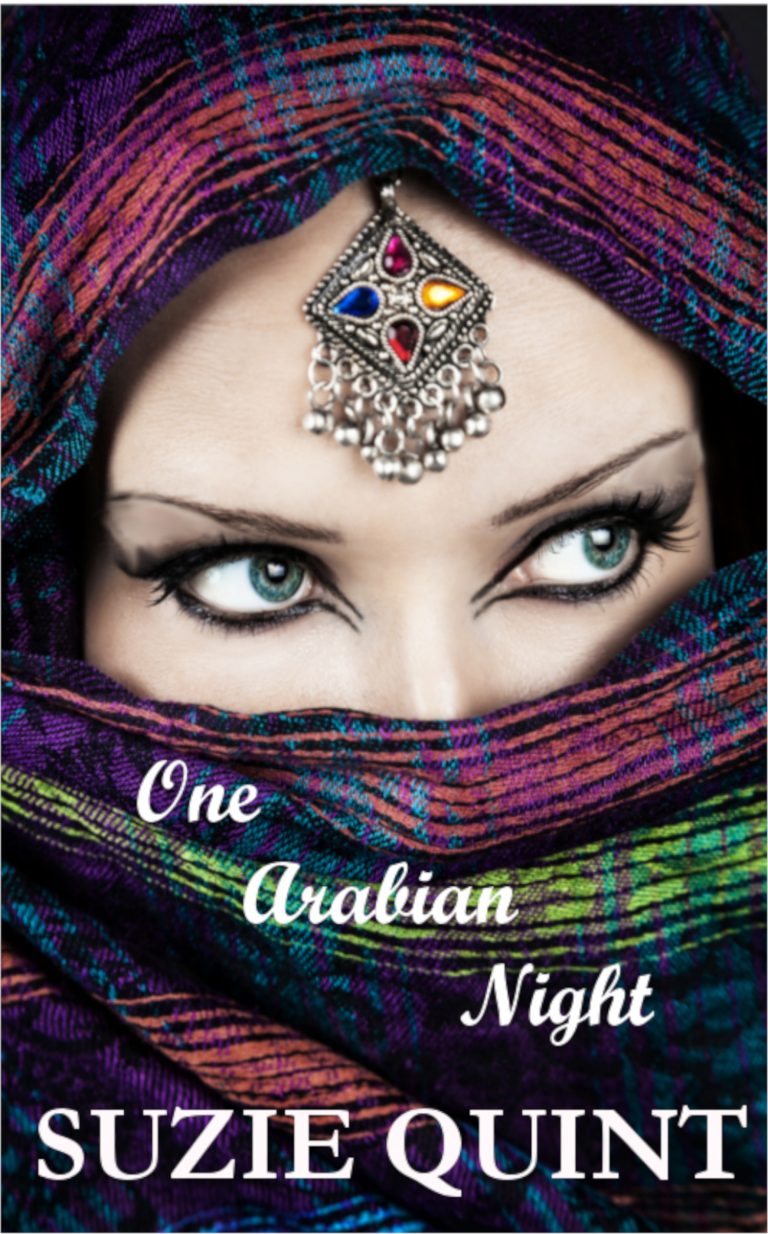