Available for Pre-Order at Amazon


All the best men are either gay or taken. Joe Sweeney is both. Or so Claudia MacAllister thinks.

Her previous marriage left Claudia MacAllister afraid of deep water and romantic commitment, so when Ted, her on-again/off-again friend-with-benefits, begins pursuing her with an engagement ring, she's not amused. In an attempt to discourage him, she recruits ex-Navy SEAL, Joe Sweeney, to act as her beau.

Joe's not opposed to getting involved with the luscious Claudia MacAllister  but his first love is the ocean. Before all is said and done, he's going to challenge Claudia to get over not only her fear of water but her fear of commitment.

If you love romance with a funny bone, you'll love Dive Babe. 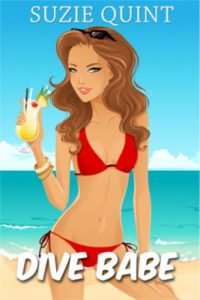 I was about half way through my first draft of Knight Vision (Gideon McKnight's story) when I had an idea for a short-ish story--a novelette, I thought. Since I thought I could knock it out a month or so, I put Knight Vision aside and started writing the new idea. The story went from being a novelette to a novella and finally, I admitted it was out of hand and had turned into a full-blown novel. *sigh* But I'm not sorry. Dive Babe was a lot of fun to write.

I do love writing characters from diverse place. I especially love writing different dialects but I wasn't so sure I could pull off Bear's Jamaican accent. It wasn't that I couldn't hear it in my head, but it's a tough dialect to write while keeping it easy to read. I didn't want to do a bunch of creative spelling to get it across because that sort of thing can knock me out of a story and I didn't want to do that to my readers. Fortunately, even though Bear has a pretty constant presence in the story, he doesn't actually have a tremendous amount of dialog, so I think it works. At least, that's what my beta readers told me.

Bear's Jamaican background also had a significant impact on the soundtrack. Lots of reggae--which also gave me a lovely opportunity to slip in what I think is a wonderful choice for the bride and groom's first dance at Bear's wedding. Should I spoil the surprise and tell you? Hm. Tempted as I am, I think you'll have to read the book to see what they chose.

Every book takes me down at least one research rabbit hole. This one took me down several. Scuba diving, of course. Navy SEALS and their training. Methods used to teach swimming. Color blindness. The Flower Garden Banks National Marine Sanctuary off the Texas coast in the Gulf of Mexico. The current state of robotics and robotics conventions. And of course, basset hounds.

“Marry me.” Claudia dabbed the corner of her mouth with her cloth napkin before returning it to her lap. Only then did she look at Rachel whose brown eyes were satisfactorily agog. “Can you believe it? He had a ring and everything.”

“What did you say?” Rachel asked.

Claudia was tempted to tell her that she’d said yes just to watch Rachel choke on her shrimp carbonara. Instead, she shot her a disbelieving look. “I said ‘Are you crazy?’”

Rachel sat back, looking relieved. “How did he take it?”

Rachel fizzed a laugh. “And this happened in the bar? While you were working?”

”Yup. He set that ring box on the bar in front of God and everyone.”

“I didn’t think you had that kind of relationship.”

“Neither did I.” Their arrangement had never been more than two friends scratching an itch together now and then. Ted was solid. Reliable. And he didn’t generate one, single, solitary romantic spark with Claudia, which was the number one reason the arrangement worked because Claudia didn’t do sparks. Not ever.

“Then what brought this on? I didn’t think you’d been seeing him lately.”

“I haven’t. The last time was  . . .” Claudia thought back. “At the Cinco de Mayo celebration for like five minutes. I ran into him at the parade. Before that was when his mother died. I went to the funeral.” And an odd event that had been. She’d never been to a funeral that had a soundtrack by the Frankie Valli and the Four Seasons. “So that’s it. The funeral then Cinco de Mayo.”

“That was almost three months ago,” Rachel said. “Who asks someone they haven’t seen in three months to marry them?”

“Do you think his mother’s death might have something to do with this sudden proposal?”

“She died, like, six months ago.” Claudia knew what it was like to lose a parent. She’d lost her father more than a decade before, and while she still missed him, she’d learned to cope because that’s what people did. And because there really wasn’t any other choice.

“Maybe it was a delayed reaction,” Rachel said. “Were they close?”

Rachel hiked an eyebrow. “Was he a mama’s boy? I always thought he had kind of a baby face, so I sort of thought he might be. Illogical I know.”

“No, he’s not a mama’s boy. At least—” She wasn’t actually sure. Somehow, they’d never talked about his family or his past. Maybe because, unlike her, he’d never seemed to have any trauma that needed discussing. “I don’t think he was a mama’s boy,” she said with more confidence, as if sounding certain would make it so. “He has changed his look, though, since she died. He was always so clean-cut with his short hair and all. I mean, he always looked like an engineer. Like he should have a pocket protector in his shirt pocket.”

“Yes. Petrochemical. But now he looks  . . . scruffy. Kind of attractive, but  . . . kind of unintentionally. Now he’s got facial hair.” Claudia swiped her fingers across her chin. “Not a beard really, but you know how some razors have that setting that make guys look like they haven’t shaved for three days? Like that. He doesn’t look like an engineer anymore.”

“You mean he looks like someone whose mommy isn’t around anymore, nagging him to shave every day?” Rachel asked dryly as she broke of a piece of her roll and popped it in her mouth. “He did have his own place, right?”

“Of course, he did. What thirty-five year old man lives with his mother?”

“They’re out there,” Rachel said. “Have you ever seen his place?”

Claudia shook her head. “We usually spend the night at my place because he has a roommate.”

“So you never actually saw where he lives.”

“No, I— Wait, yes, I did spend a night at his place. His roommate was out of town and—” And the house had been spotless. And the only pictures had been of Ted and his mother. “Oh, hell. He lived with his mother.”

will be available at the following merchants: 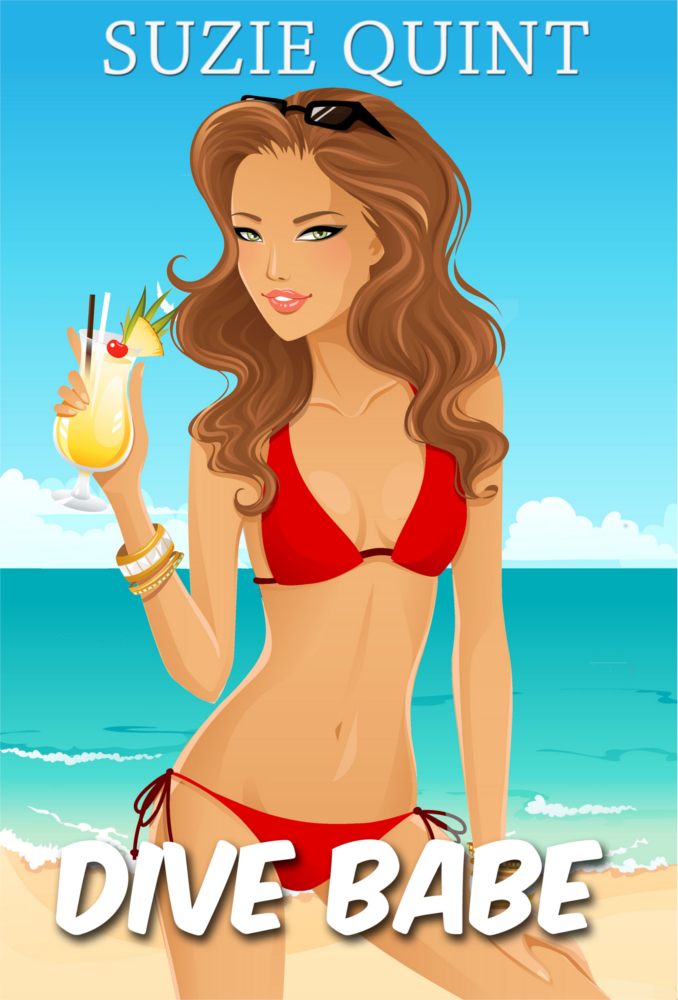